The Lionesses have the chance to make history in-front of a new record crowd for a women’s match by attempting to beat Germany on home soil for the first time.

The 90,000-seat Wembley stadium turnout could beat the previous record of 80,203 for the 2012 Olympic final between the United States and Japan and England will be hoping to end a run of bad form having won just once in six matches.

With the 2021 Euro’s being played on home soil, the Lionesses will have to overcome a tough run of qualifiers first if they are to claim their first major trophy at Euro 2021. 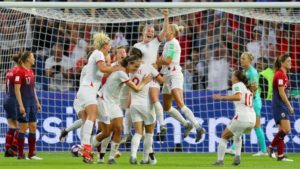