Scottish FA to ban U12 children from heading football

It was released this week that the Scottish FA are expected to ban children under 12 from heading footballs in the next few weeks, due to possible links between head injuries and dementia.

This comes after a report from the University of Glasgow found that former footballers are 3.5 times more at risk of dying from the disease.

A similar ban in the United States was put into place in 2015 following a number of concussions later resulting in more severe head injuries in athletes.

Though there is no firm evidence linking heading the ball to long term brain injuries, the Scottish FA want to take no chances and U12s will be banned from heading the ball in training. Heading in training is much more common than in matches with defensive and set piece practices, hence the training ban to being with.

The Scottish FA also believe that the ban will only help a child’s football development and hope it will encourage young players to keep the ball on the ground and also develop balls skills. 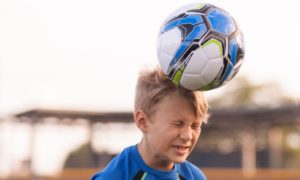