PDA Football 1 on 1 Head Coach Saul Isaksson-Hurst travelled to Denmark to explore the Brøndby IF Academy Scene. With ten Danish Championships and seven Danish Cups, Brøndby have found success in the top tier of football in Denmark. Take a look behind the scenes and find out what goes….Read More 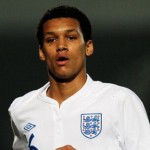 “Kodi developed to academy standards after being coached through PDA. The coaching he received from Saul resulted in him being a Tottenham Hotspur FC and eventually England player. He is now a professional footballer at Aston Villa, all thanks to the coaching staff at PDA.” Steve Foster (Kodi’s Father)