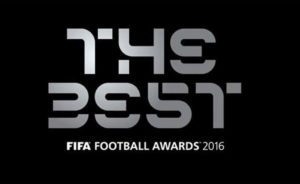 On 23rd September 2019, Fifa hosted the 2019 Football Awards in Milan. Let’s take a look at a roundup of the awards and who picked up the big prizes.

Lionel Messi won his sixth Fifa player of the year award, beating Cristiano Ronaldo who was noticeably absent from the ceremony, and Liverpool’s Virgil Van Dijk.

Three Premier League managers were in contest for the manager of the year award – Pep Guardiola, Jurgen Klopp and Mauricio Pochettino. Klopp was a worthy winner, after leading his side to Champions League glory and taking Pep’s City side all the way to the last game of the 2018/2019 season, falling short by just one point.

It was a good night for the Merseyside club, as Liverpool’s number one Alisson Becker picked up the Fifa men’s goalkeeper trophy.

Here is a roundup of all the Fifa Football Awards 2019 winners in full: